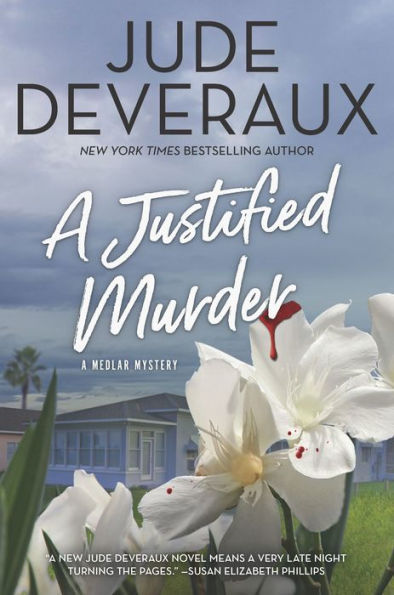 The small town of Lachlan, Florida, was rocked last year when two bodies were uncovered in the roots of a fallen tree. Despite their lack of investigative experience, Sara Medlar; her niece, Kate; and Jack Wyatt found themselves at the center of the mystery, working together to reveal the truth behind a decades-old secret in the sleepy town. After a narrow escape, they vowed to never again involve themselves in something so dangerous—until Janet Beeson is murdered.

When Janet’s body is discovered, everyone is shocked by the violence of the attack. The sweet little old woman has been shot, stabbed and poisoned, but no one can imagine who would want to harm one of the town’s kindest, most helpful residents.

Sara, Kate and Jack are determined to leave this case to the professionals. But they are soon bombarded by townspeople eager to tell their stories and clear their names with the trio who solved the Morris murders. Even the sheriff is hoping they’ll lend their skills to a crime that seems to have no explanation and no motive. And once the town gets talking, they begin to see that there are more secrets buried in quiet Lachlan than anyone could have imagined…